Ram Services were invited to partake in a competitive tender process for strengthening of the under strength culvert, which included design of the strengthening works (and arranging an independent check) prior to implementation and the installation of CFRP materials on site.

Following a successful bid, the contract was awarded in August 2000.

Design was undertaken by Dr R C Slater, with whom Ram Services have collaborated on many such occasions, with the independent check being undertaken by Burgess Roughton’s Kendal office.

Temporary works consent was sought from the Environment Agency.

Following a mobilisation onto site, the culvert roof soffit was prepared by abrasive grit blasting before a total of forty seven SBD En-Force CFRP plates 1.4m in length were installed. 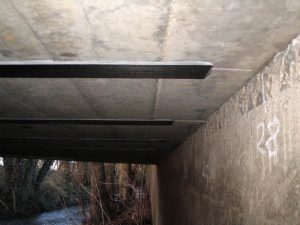 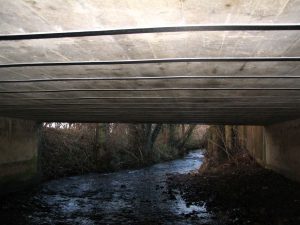